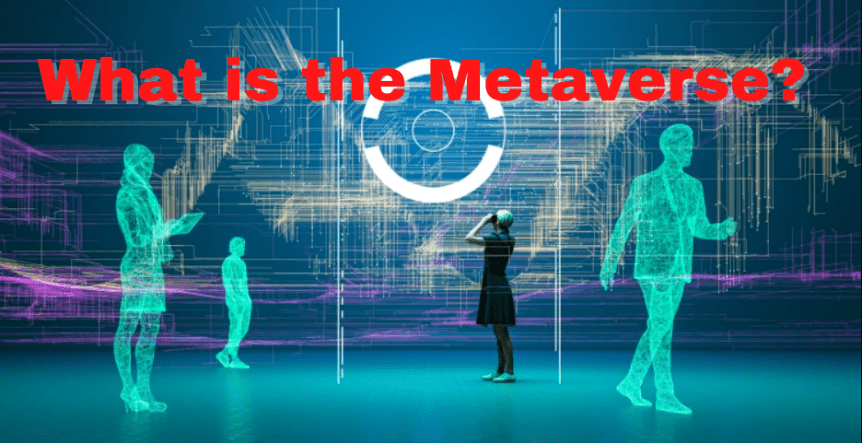 Today I want to answer the question, what is the metaverse? Now, plenty of people would have heard about the metaverse in various press releases and in the news and so on, but there’s a lot of uncertainty about what the metabolism actually is. I want to address that today. First of all, the metaverse as a term was introduced by Neil Stevenson’s excellent novel Snow Crash back in 1992, and it talked about a rather dystopian kind of idea of an alternative world that people would spend most of their time in, rather than perhaps a world that isn’t as nice as it is today.

And this was revisited more recently in another popular film called Ready Player One, where again, people spent a bulk of their time in the metaverse and had a presence there. So that’s where the term actually comes from. Now, there is no agreement about what a metaverse actually is, which causes lots of confusion. I like to go to a definition that was provided by Matthew Bull in his recent book about the metaverse and how it will revolutionize everything. And there’s a few key points here I want to talk about.

Firstly, it’s massively scaled, so conventional or what’s available now, VR experiences are often single player experiences or are very constrained about how many people can actually access it. And so even when you have some of the videogames and roadblocks and so on, where they’ve got people participating, they’re still not exactly massively scaled and that people are in their own silo variations of the same world, so they’re not actually there together.

The first key is massively scaled. It should be interoperable as well, which poses challenges when you move 3D objects from one’s pace to another, real time rendered. So, you’re seeing this in actual space right now and 3D.  Now, I want to talk about 3D. That, might mean virtual reality, might mean armed reality as well, but it doesn’t necessarily mean that. And in fact, the solutions we’re looking at are 3D solutions that could be accessed using VR, but that’s not required. The fact is, with VR right now, you’ve got constraints about the accessibility of the hardware, the equipment, and for corporate clients, they may not be ready to invest in 100 or even 50 VR headsets because the cost of entry is quite high. The 3D experiences we’re looking at should be available everywhere, on your work computer, on your mobile phone and so on. You still get the bulk of the value by just being in a immersive space .

If you ask any of your ten year old children or nephews and nieces about how immersive games like Road blocks and games like Minecraft are two of the most popular games in the world, then there’s going to be no question about the efficacy of that, even though it’s not delivered fully in three d the other elements that we’ll need to consider there is you’ve got a continuity of a presence for an individual. You’ve got an avatar that’s represented there that will continue with you. Then you can go to perhaps different metaverses or have different experiences and your avatar will follow you there that might be pseudonymous. So people don’t know who you are or you might just have a different online persona than the persona that you have in real life.

There are a few of the key high elements that will define what a metaverse is. And of course we’re looking at it from a learning perspective. And what we’ve developed here is our own metaverse, a sneak peek of what we’re jokingly calling the Capyverse, where we’re building out 3D experiences where you can have interactive and Immersive time with other people that perhaps are doing onboarding with. You can go through content, interactive and so on. It’s a very exciting time in the metaverse. There’s going to be lots of different applications for this technology and we’re excited to be just a part of that. So if you wanted to learn more then of course just feel free to get in touch. Thanks very much.